Take Tōbu Railway Limited Express Revaty Aizu” from Asakusa station to Yunishigawa Onsen station about 2h40m. Shuttle bus is available from Yunishigawa-Onsen station to Honke Bankyu about 20 min. You can go by express train without transfer to Yunishigawa-Onsen from Asakusa where is famous for the sightseeing spot. The fare of the private railway in Japan is reasonable and vehicle is comfortable. .Let's take on the train with some snacks and drinks. You can find the tourist information center for Tobu railway at Asakusa station. A station attendant will provide multilingual support for you to get information of the destination easily. 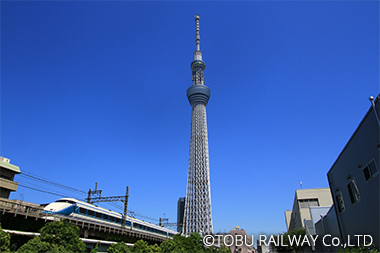 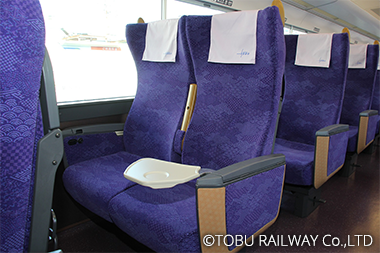 When passing through the large city, you will see the scenery changes from a suburban residential area to rural landscape over the car window. Yunishigawa Onsen Station is somewhat special as its platform is located inside a tunnel. Take on the elevator to go to the ground floor with ticket gates. 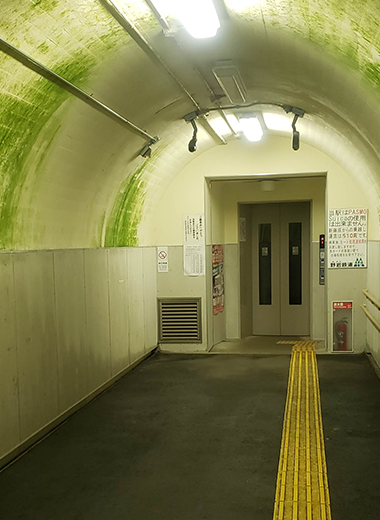 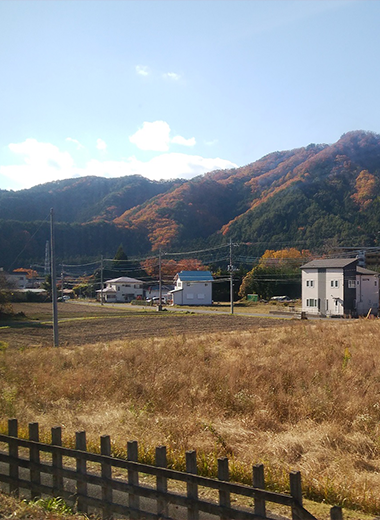 You will find the bus stop when you go through the ticket gate and walk about 50 meters. The bus departs in accordance with the arrival of the express train. It runs while you are looking at the lake Itariko (Dam Lake) in the right hand and it arrives at "Honke Bankyu" in about 20 min.

Honke Bankyu was built from precious wood and stands on an imposing structure. You will slip back in time to the Edo era at this point. Yunishigawa is called "Heike no Ochudo no sato", the villages where Heike fugitives settled down. Heike no Ochudo were fugitives of the Taira family side who were repeatedly defeated in the battle of supremacy 800 years ago and they hid themselves in many places in Japan. The owner of Honke Bankyu is a direct descendants and he is the twenty-fifth successor for 350 years. The full-scale military government started when MINAMOTO no Yoritomo established the Kamakura bakufu.

A large taiko drum greets guests accompanied by greetings of welcome at the entrance. 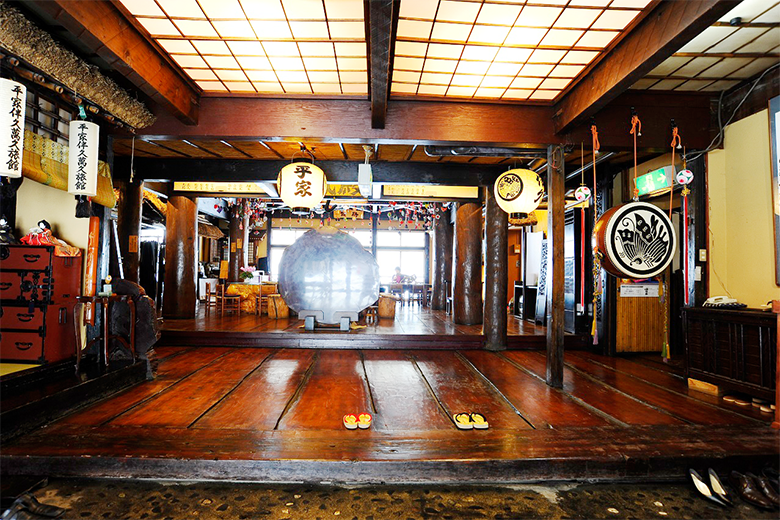 There is an open ceiling lobby next to the entrance. You will see the green of the mountain and the sound of a stream from the large window at the back of the lobby. Help yourself to coffee or tea. You can enjoy watching streams by sitting back and relax in the rattan chairs.

We stayed at "Yuugi" which is a Suite Room with Private Open-air bath. This room features two rooms suite with private open-air bath, Japanese beds and a broad veranda. By sitting in massage chairs equipped, the mountains and the mountain stream spread out before us from the large windows. 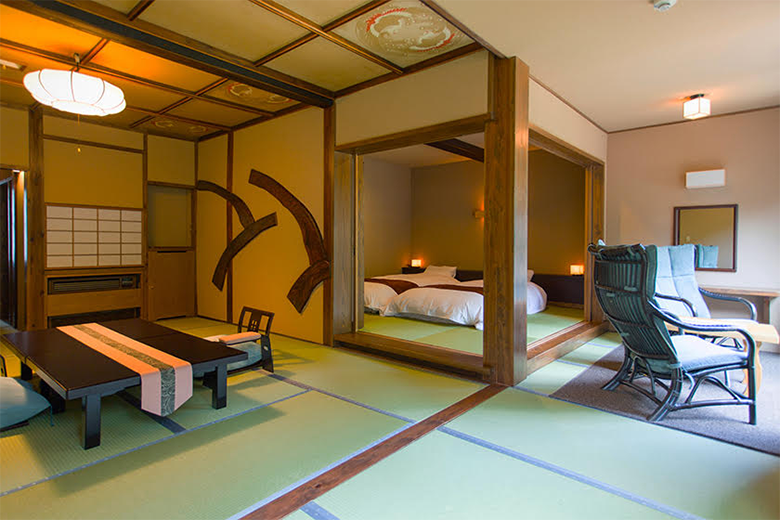 To take a private bath, we went down the stone-steps from the door at the veranda. It seems going down to the riverside. The Open-air hot spring bath is built of rock and offer stunning riverside views allowing you to commune with the natural beauty of the Yunishi River rapids. It is known as "bihada no yu (beautiful skin bath)". 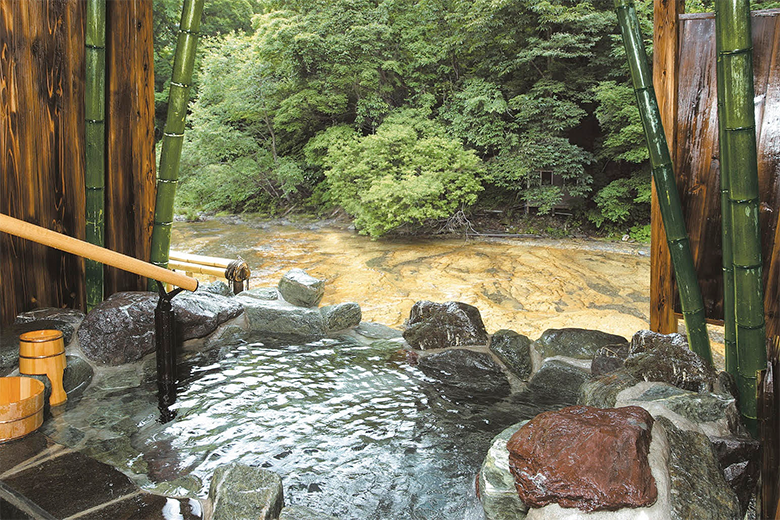 The dinner place is where crossing the Kazura Bridge over the river in front of the main building. As the name suggests, it is a suspension bridge which is woven from vine. 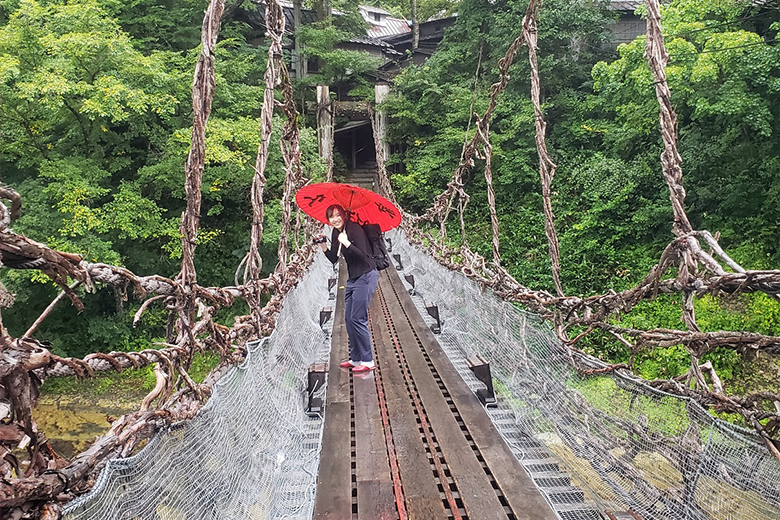 The bridge is inspired by the vine-tressed bridges hastily put up by Heike soldiers and then subsequently cut down before their pursuers could cross. Certain local regulations kept Yunishigawa from being discovered. Even today, there’s still a loosely enforced ban on keeping chickens (too much noise) and koinobori streamers (because the colorful streamers could be easily seen from a distance). The icefall will be made at the riverside near the bridge in winter. 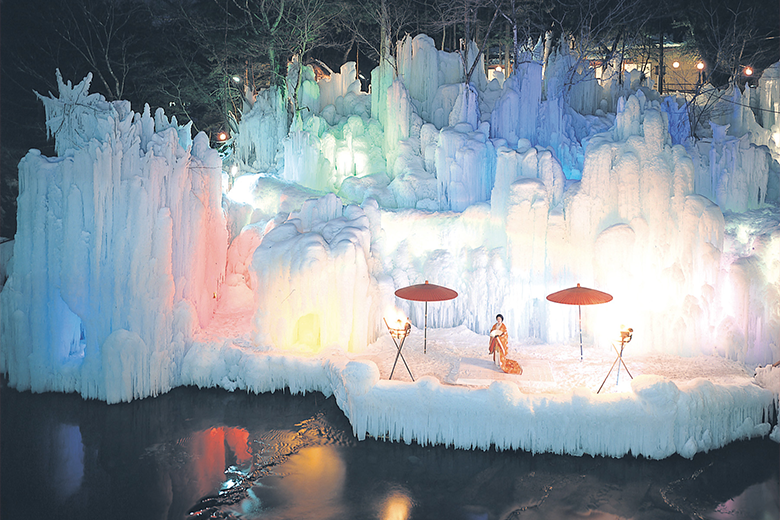 Dinner is served around an “irori” (open hearths) which stands at the middle of the space of the room. You can enjoy Japanese style BBQ cuisine. The private rooms for dining are available. The full course dinner is a wild taste but it is given Japanese traditional “kaiseki” style that is elegant and delicious. Normally, people sit on the floor around the irori, but we can sit on the actual chairs to have a dinner at this restaurant. 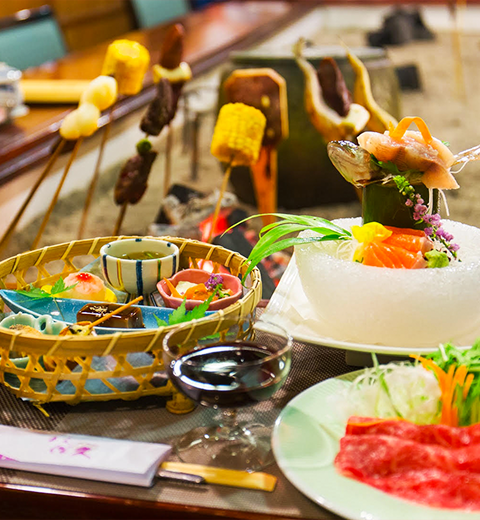 Experience to dress in the Japanese ancient 12 layers kimono by yourself in the room that displays lavishly decorated historical "hina" dolls. It is a woman’s formal wear of 1000 years ago. Anyone can experience it if you wish. 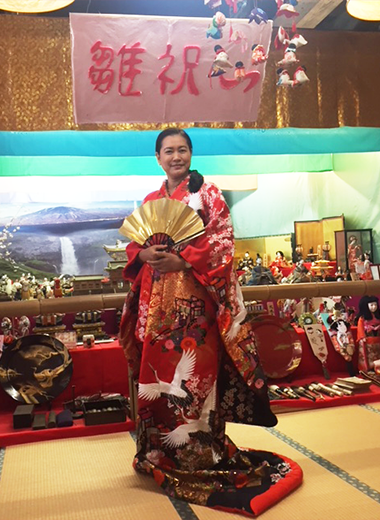 Yunishigawa is just a short distance from Nikko and Kinugawa river, but that's the place you would think it is such a nice countryside. You will feel nature of Japan and will be healed heartily by this journey. By a combination of the big city Tokyo and Yunishigawa, you can see the two faces of Japan. 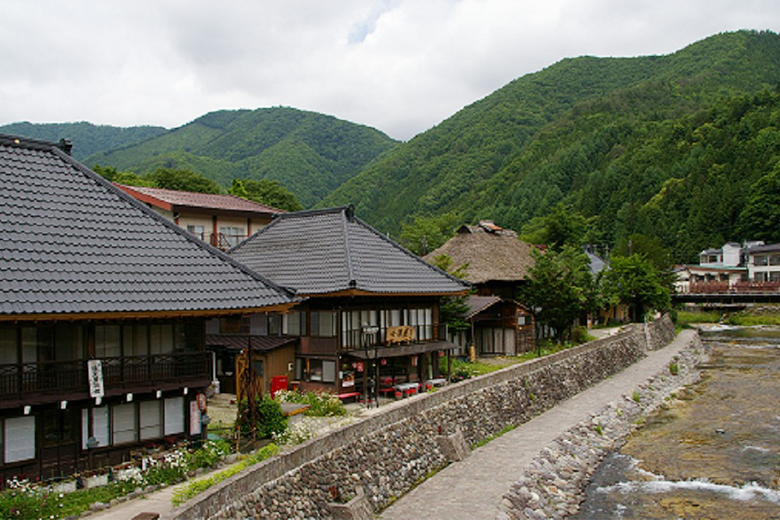 Yunishigawa is also gaining popularity because there is a heartwarming village festival all through the year. "Kokoro-kawa-Akari" festival we experienced this time is that to release hundreds of LED balls shining in seven colors to the Yukishigawa Stream. We enjoyed the fluctuation of light synchronized with the flow of the river. Running from mid-July for one week you can explore the festival at night. 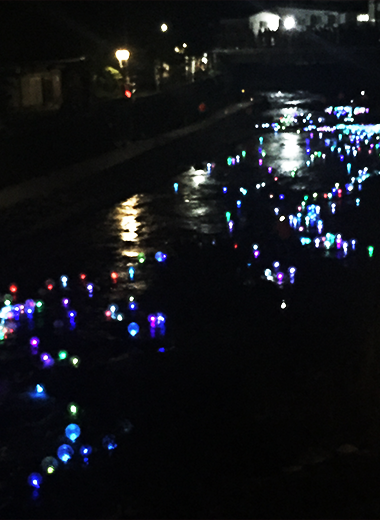 In February, the town is lightened up by hundreds of small Kamakura with candles and turns into a magical sight. Kamakura festival is a subtle and profound world and that features the winter tradition of Japan. 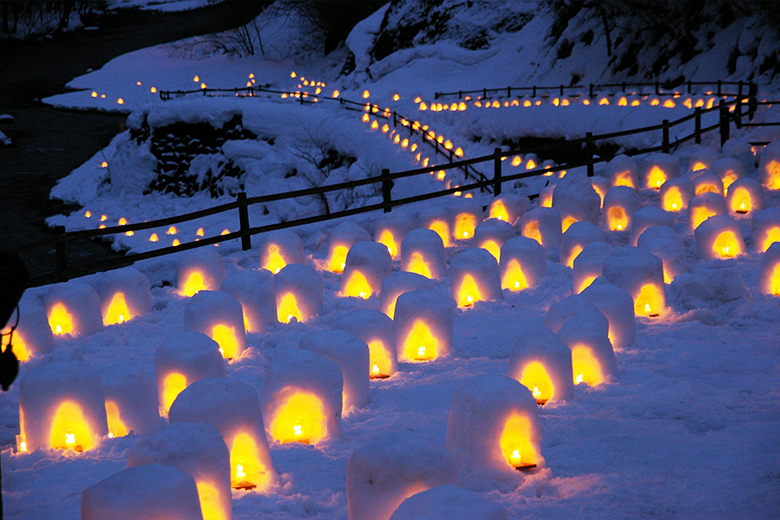 Tobu Railway offers foreign visitors a discount pass (Nikko Pass) for visiting Yunishigawa from Tokyo. It is convenient and you can get unlimited travel in Nikko area. Tobu Free Pass Information